Ideas, Philosophy, Art, Culture.
They Live and Die by the Meme.

Donate for some art!

If you donate, please fill out this form so I know what you want me to draw!

Certified in Adobe Photoshop and Illustrator. (CS6 and CC2015, both) 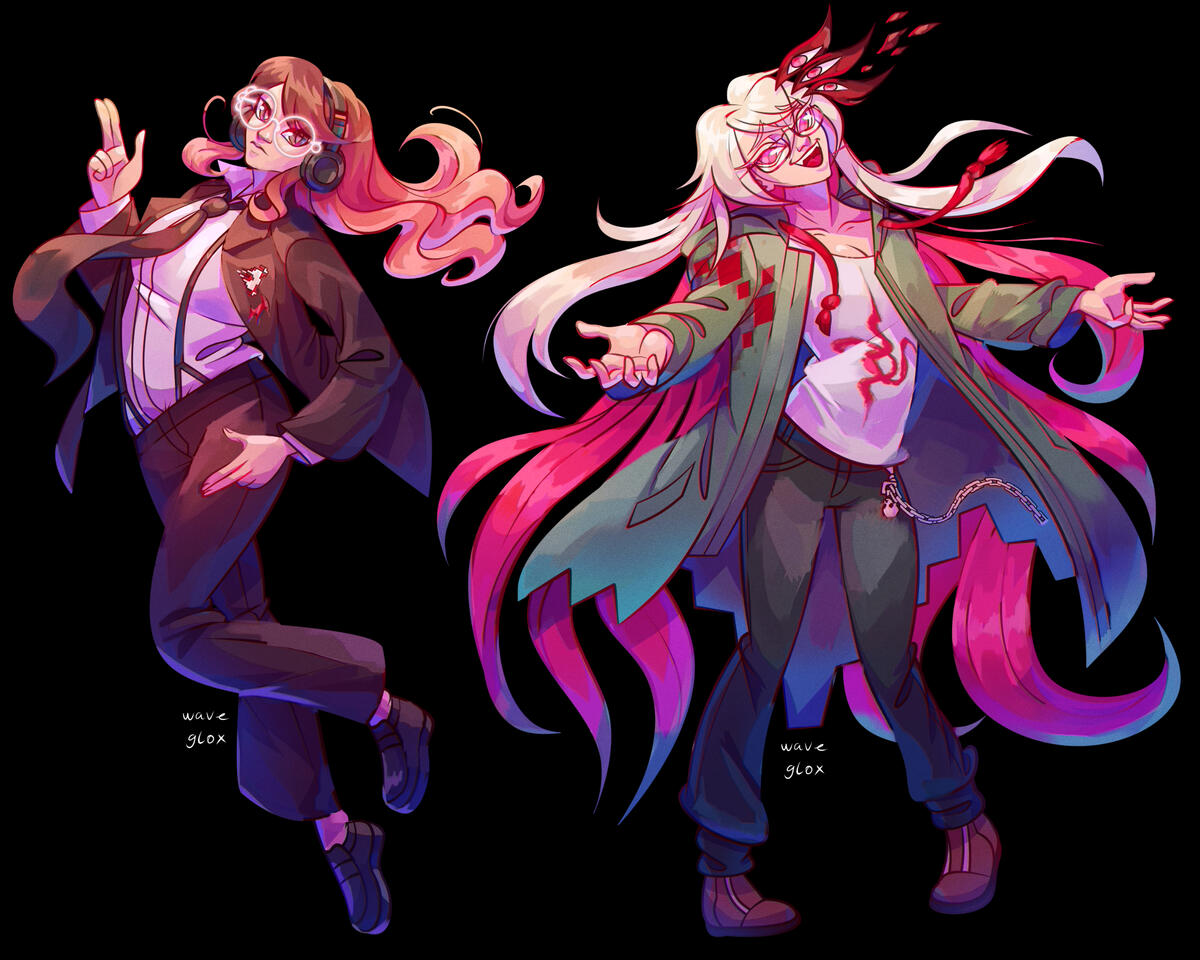 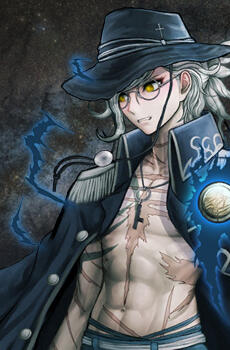 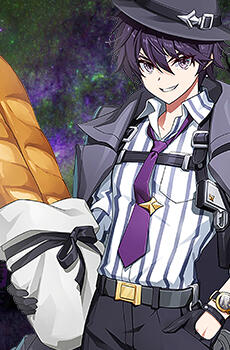 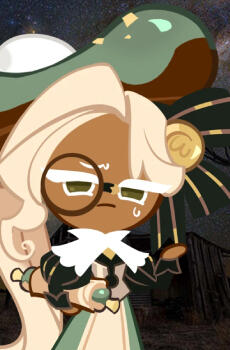 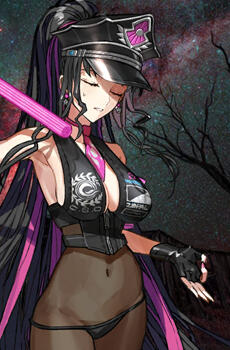 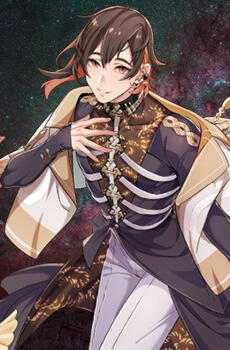 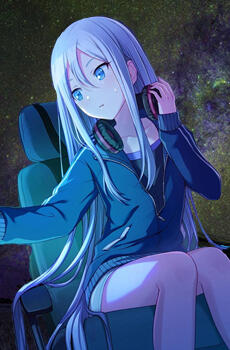 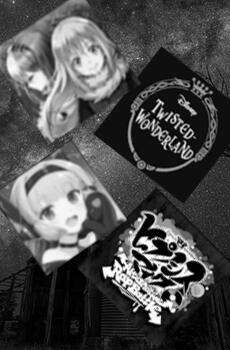 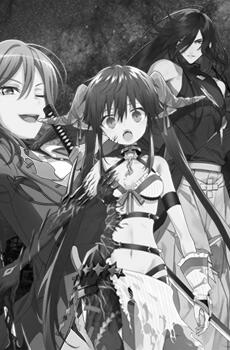 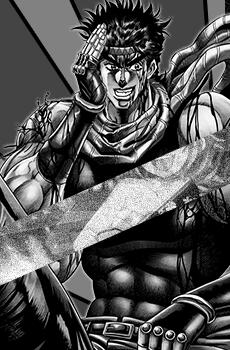 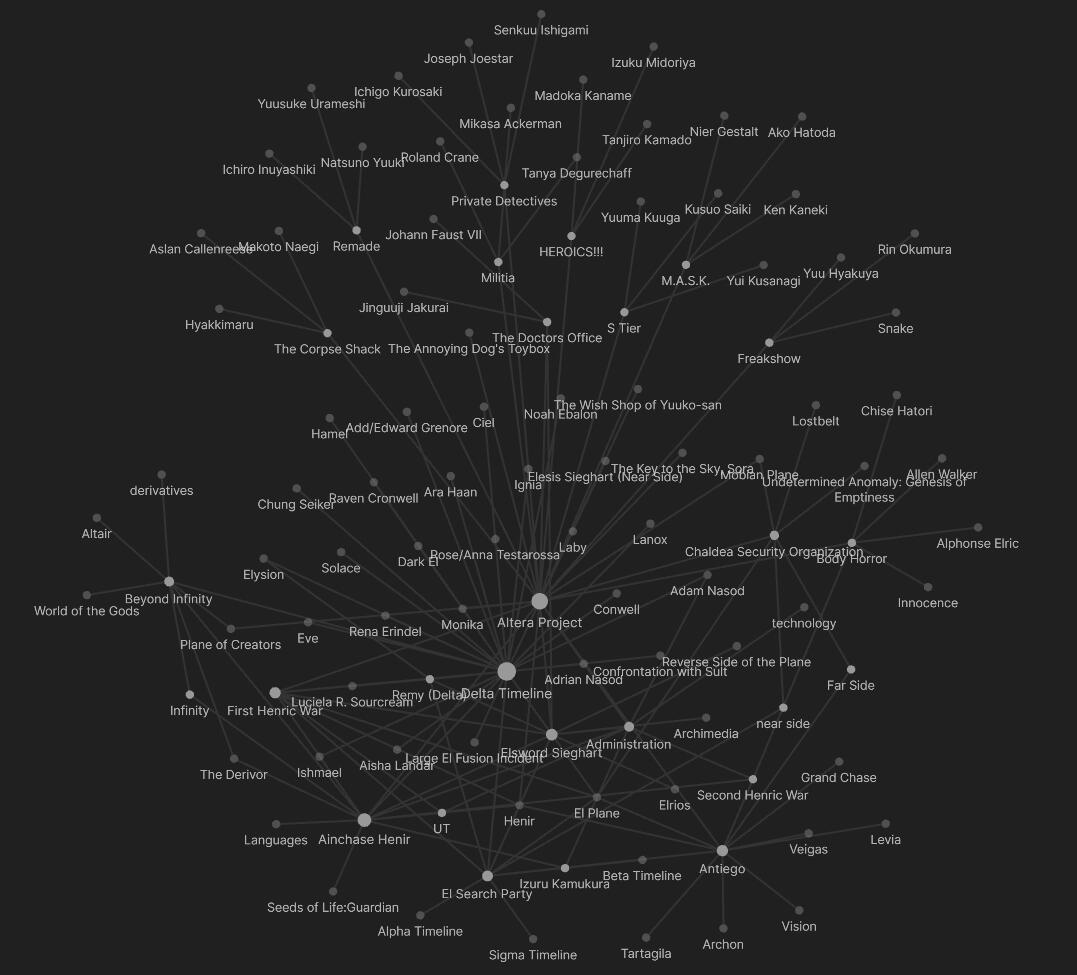 This Entire Thing is a Mess, So I apologize in advance

(to think this graph is only some bare bones, too...)

The Altera Project is a mass-crossover scenario that I have been devising in my head since, bare minimum, 2019. Starting out as an excuse to have certain characters interact that never normally would due to being from different properties, with many of the extra setting details being doors that led to nothing, I ended up revising and revising the original scenario several times over until I reached the modern incarnation, ever expanding into the Infinity of fiction. With the primary setting based on MMO Elsword Online, The Altera Project sets to bring together as many other properties as ive indulged myself in as possible, even only as cameos in order to create a story of saving the expanse of Infinity from the inter-planar threat known as "Henir" originating from the Elsword property.
Infinity is not the full expanse of the story, however. With the release of Deltarune Chapter 2 and a certain sleezy salesman, I indulged myself within the world and characters of Toby Fox. However, those familiar with Undertale and Deltarune know that these stories dabble into the relationship between our reality and the realm of fiction quite closely- to the point where such a thing cant be simply ignored. And so, the second expanse to compensate, "Beyond Infinity", or our reality, was codified into the story alongside other meta elements.

I will take it from here.
I am alane, the specter of imagination-
Wait, this isnt The Altera Project? Woops.
At any rate, this is the page where we will go on about funny B-tier KMMO Elsword Online and all our doings with it.

I have every character in the game Master Classed as of now, and intend on Master Classing the remaining unreleased 4th jobs as they come out.10 Classes were bought (KE/IM/GE/NI/All Eves/Cata/NP)
1 was from a login event (HS)
1 was gifted (OM)
There rest are manually done.Yes I am aware that I am mentally ill for putting myself through that.Currently im working on reaching Tirnog with my main, CU. It is painful and I'm only at 1.8m CP.

Welcome to the B/S/T!

Ready to be Shipped | Needs Seal | Needs Hanger and Seal | Can be farmed
Current Seal Count: Unique 6x Elite x1
No Pricing Info is available. Please dm me via discord (@alane#4400) with offers.

> Interested in most long hairs for male characters.
> Eve IBs.

Is this egotistical? maybe. I'm setting this up anyways.
If youre here that means you asked about buying me something.

Games not covered by the Steam link above